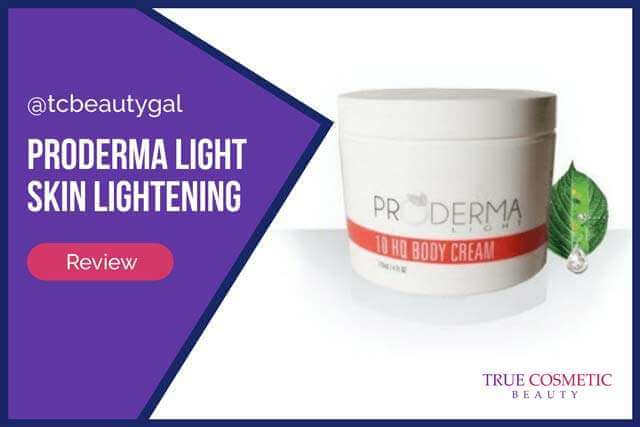 Proderma Light is a brand of cosmetics that primarily focuses on providing solutions for hyperpigmentation. The brand isn’t very well known and the products aren’t very popular just yet.

They offer a wide variety of creams, gels, and acids that are designed to lighten the skin, provide essential nutrients, and promote the growth of healthy skin cells. Most of Proderma’s products are in the affordable range.

TO THE POINT: Buyer reviews that we found indicate that Proderma’s products are not very effective at treating dark spots or any form of hyperpigmentation. Their products also consistently received poor ratings on Amazon to the point that they actually removed them from the site.

About the Proderma Light Product Line

The primary products that Proderma promotes as being effective for skin whitening are their hydroquinone-based body creams. These come in either a 10% or 5% dose and vary in price.

The description pages for these products specifically state that they are intended for short term use and can only be used on the body. Using either of these creams on the face could result in nasty breakouts due to the high volume of oils they contain.

Here are all of the active ingredients found in Proderma Light’s creams:

As we have noted in countless skin lightener reviews the ingredient known as hydroquinone is something use with caution. As of right now there are no conclusive results stating that it is bad for you but there studies that have proven that this agent can cause various issues in lab rats. Its use has been banned in several countries due to the possible risks and side effects associated with it.

That said, hydroquinone-based creams and lotions have been proven to be extremely effective at lightening up dark spots on the skin. It is up to you whether or not you want to risk the potentially undesirable side effects by using products containing this controversial agent.

If you prefer to remain 100% safe we highly recommend trying a skin lightening cream that doesn’t contain hydroquinone. We go into our reasons in the Recommendation section below.

Topping our list of non-hydroquinone favorites are Meladerm Pigment Reducing Complex or Skinception Illuminatural 6i. Both are made with primarily all-natural blends that are much gentler – and safer – for your skin.

Proderma creams are no longer on Amazon. But we were able to capture lots of the actual user reviews before they were removed.

Most people that purchased one of Proderma’s skin lightening creams left ratings and reviews that gave the product either a 1 or 2 star rating out of a possible 5. I’ll admit that Amazon reviewers can be pretty brutal, but the Proderma feedback was as bad as I’ve ever seen.

There were plenty of claims that the creams weren’t effective, which shouldn’t be the case with anything using such concentrated hydroquinone levels. What could that be about?

Other reports indicate that the cream had a horrible smell to it, which is surprising given what these cost. Some reviews complained that the formula was far too strong and resulted in skin irritation.

As we have said many times before, it’s hard to recommend using any product that contains hydroquinone. Studies conducted on lab animals showed some really scary side effects, and there’s not been any human testing that paints a rosier picture.

Hydroquinone really does seem to suppress melanin, so it would be great if some independent testing could prove that it’s safe for humans. Until then, use our recommendations of non-HQ products.

There are plenty of natural ingredients that can relieve dark spots and we’ve carefully reviewed a bunch of them.  Most are also really good with sensitive skin, too!

My favorites are Meladerm Pigment Reducing Complex or Skinception Illuminatural 6i.

Other Products Worth a Shot! 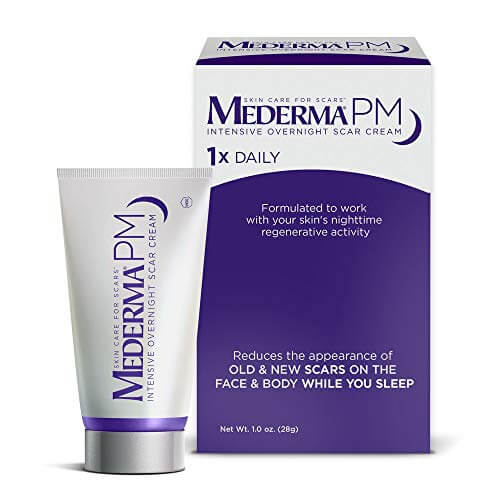 Skin lightening is a new cosmetic process that is gaining a lot of traction in the United States and United Kingdom as of late. It originally started in Asia where the fairest skin men and women are considered the most attractive. In the US and UK this process is used to get rid of dark…

No one’s skin is flawless. Even the most beautiful people in the world have to contend with dark spots or similar imperfections. And that’s where the best dark spot correctors come in. There’s a lot of solid science behind skin whitening, but finding the right product for your skin type can be tricky. That’s why…

Melasma is a condition of the skin in which small patches of the skin become darker and range in color from brown to gray. This condition mostly affects women between the ages of 20 and 50. It is an extremely common disease but is not a huge threat to the overall health of the individual…

There are lots of things that can affect the look of your skin, especially on your face. Sun damage is a big cause of altered pigmentation; your skin can develop dark spots due to excessive melanin production, and age spots, melasma and acne scars. These can all make your skin tone look uneven and dull….

Find yourself facing off against clogged pores often? Or maybe you just find it hard to get rid of every little speck of dirt on your face to get that ultimate clean feeling? No matter if your issue is the former or the later, the answer is almost always to use a high-quality facial cleanser….

It seems like no matter what kind of cosmetic there is… it’s always harder for African Americans and other darker skinned people to find one that works well for them. Whether it be moisturizers or fading creams what works for light skinned individuals doesn’t always do the job for those with dark skin. Today, we’re…