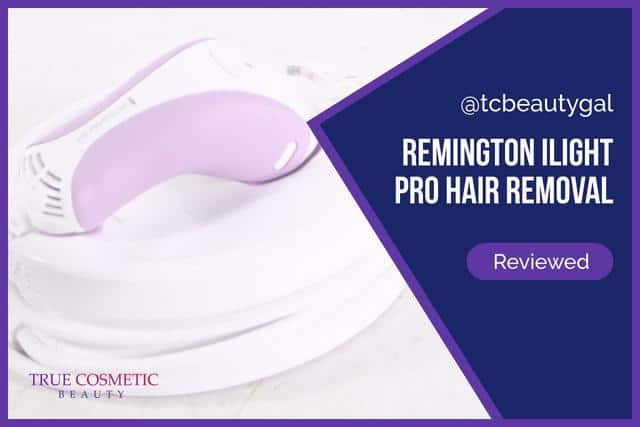 One of the attractions of the Remington iLight Pro is that it is not some weak home IPL hair removal system that is not strong enough to budge resistant unwanted hair, it has been developed by a leading dermatologist and is based on the same system that is used in professional salons at a fraction of the cost.

About the Remington iLight Pro

It is important to not to get confused between IPL (Intense Pulsating Light) hair removal and laser hair removal. The Remington iLight is an IPL system which works by using a powerful light that travels down the hair and ultimately kills off the hair root. The results are much the same as laser treatments however the method if different.

Users of the iLight typically give it a moderately high rating (among home laser units) and many report noticing moderate reductions in hair growth after a few uses.

Salons offer laser treatments in timed sessions and during that time the practitioner will work on an area of unwanted hair. After the treatment, it is common for the treated are to be packed in ice as there is a substantial amount of heat created in the skin.

If you have a large area to be treated, laser can and will work out expensive and that does not take into account the time and money spent in traveling to and from the salon for the appointments.

Whereas a fairly small area can be treated with laser during the time allocated, IPL works differently. You can feasibly treat all your areas of unwanted hair in one sitting if you want to, and what’s more, you can do it in the comfort of your own home – even while you are watching the TV!

If you sat down and decided to treat every area it would take approximately 15 minutes each full leg, 1.5 minutes per underarm and 1.5 minutes each side of your bikini line. That totals just 36 minutes to treat the lot – a tad longer than it takes to watch your favorite TV soap!

Laser treatments at a salon can run into thousands of dollars which makes the Remington iLight Pro a clear winner for the pocket.

What Does the Remington iLight Pro Work On?

Like all IPL hair removal systems, the Remington iLight is suitable for users with lighter skin tones and dark hair. It is not really suitable for people with very light hair, ginger hair and grey or white as light colors do not absorb heat so render the treatment ineffective.

It should also be noted not to treat any area of skin that has a tattoo as the darkness of the ink will absorb the heat from the intense pulsed light and cause burning.

Skins that are deeply tanned and Afro Caribbean skins will also receive an unpleasant reaction as their skins’ pigment will attract the light and cause burning.

Also, although it is branded as being suitable for both men and women, Remington recommend that it is not suitable for use on the face or neck so if you are make then take that into consideration before purchasing. It is however highly effective on the chest, shoulders and back areas so that is a plus!

See it in Action

Basically all IPL hair removal systems work by using flashes of light that then travels down the hair shaft causing the hair root to be forced into a resting phase. Any IPL system will have a ‘life’ that is dictated by the amount of flashes that you use. 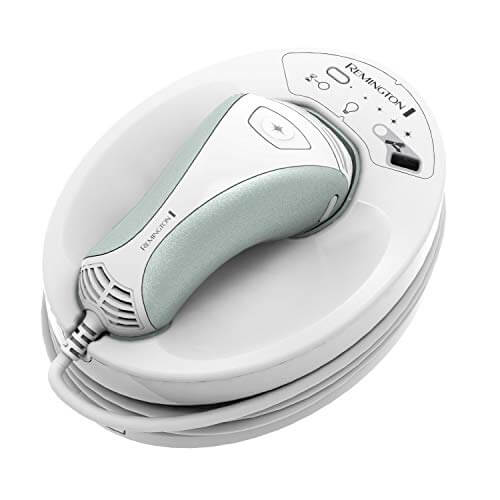 The Remington iLIGHT will give out 1,500 flashes before it will need a replacement bulb, however, when you purchase the iLight it does come with three replacement bulbs. There is no need to have to count flashes as there is an indicator light that will come on to tell you when it needs a new bulb.

It is quite user friendly and comes with a manual and an instruction DVD as well – great for those, like me who prefer to learn from watching rather than reading.

There is a very handy single or multi flash option which is handy when you are doing larger areas like legs and smaller areas like underarms. You will also find a color chart so that you can match your skin tone up easily and choose the correct setting for you – there are five settings in total.

What do real people that have actually purchased and used this device have to say about it? While most reviews are generally positive for this machine, there have been some complaints about its effectiveness, as well as other more minor flaws with the device itself.

Below, we got into further detail about the advantages and disadvantages of the iLight Pro to help you better determine whether or not it’s something you’ll want to buy for yourself.

All in all the overall opinion of the iLIGHT is that it seems to be one of the strongest IPL hair removers available for home use. Dramatic results have been praised over and over again with many users stating that the results were phenomenal after just one use.

In general most users agree that the results that the Remington iLIGHT gives are very good. 89% reduction in regrowth is a fantastic result, even by salon standards.

Nevertheless, like most products out there, negative reviews still exist for this machine.

The gripes that users tend to have though seem to be that the cord that connects the device to its base can get a little awkward when tackling tricky areas such as underarms, but like most gadgets a little practice soon over comes this – at worst it may take an extra couple of minutes so only a minor niggle.

Another criticism from some, but not all users, is that the device can get quite warm. If this happens it is best to switch the appliance off for a few minutes before continuing.

Only some users mention this and if it was a huge problem them I would presume everyone would report this as a problem. We are all different and have different tolerances so it appears that some people have a lower tolerance than others when using this IPL hair remover.

Ready to Remove That Unwanted Hair?

Trying to find a solution that will help reduce the appearance of unsightly dark spots? Well, Obagi has a product designed for that exact purpose. Blend, which is step #5 in the Obagi Nu-Derm system, is a hydroquinone-based cream that targets problems pertaining to skin discoloration. About Blend The formula consists of a 4% hydroquinone…

My friend Melinda spent almost a full day in the local hospital’s emergency room (ER) because of a bad reaction to a toner. She has become very picky about what she uses and the Obagi Nu-Derm toner is her favorite. Now, she has the skin tone of a proper Irish lass. It’s white as a…

Along with age comes many, many unfortunate issues. But perhaps the most noticeable and most common of them all is having the skin on your neck and chest become loose, causing wrinkles and more. Products like Nectifirm (discussed in detail below) are designed to correct these issues. It happens to nearly everyone, but that doesn’t…

Proderma Light is a brand of cosmetics that primarily focuses on providing solutions for hyperpigmentation. The brand isn’t very well known and the products aren’t very popular just yet. They offer a wide variety of creams, gels, and acids that are designed to lighten the skin, provide essential nutrients, and promote the growth of healthy…

Got an annoying mole that really stands out on your face or skin? Have a painful and embarrassing skin tag that just doesn’t want to go away? These are both frustrating and common issues that millions of people face. And, for the most part, there isn’t an easy solution for either one aside from cosmetic…